Bees are, by far, the most important pollinating insect. Experts cite that bees alone pollinate the majority of food crops in the world. Locally, more than 300 different species of bees are native to Connecticut. While honey bees are important pollinators for crop production, they are not native to North America. They were imported from Europe in the 17th century.

In Connecticut, squash bees are vital to the pollination of squashes and related plants, such as cucumbers and pumpkins. Carpenter bees are a common sight in summer, appearing like giant bumble bees with shiny black abdomens. Contrary to their reputation as destructive pests, carpenter bees pollinate flowers, feed birds, and increase the yield of certain plant species. Mason bees, such as orchard mason bees, pollinate many fruit-bearing trees. Bumble bees, a major contributor to wildflower pollination, were once quite common in Connecticut but are becoming more rare. Some native Eastern U.S. species have already disappeared. Learn more about bees from Connecticut Department of Energy and Environmental Protection. 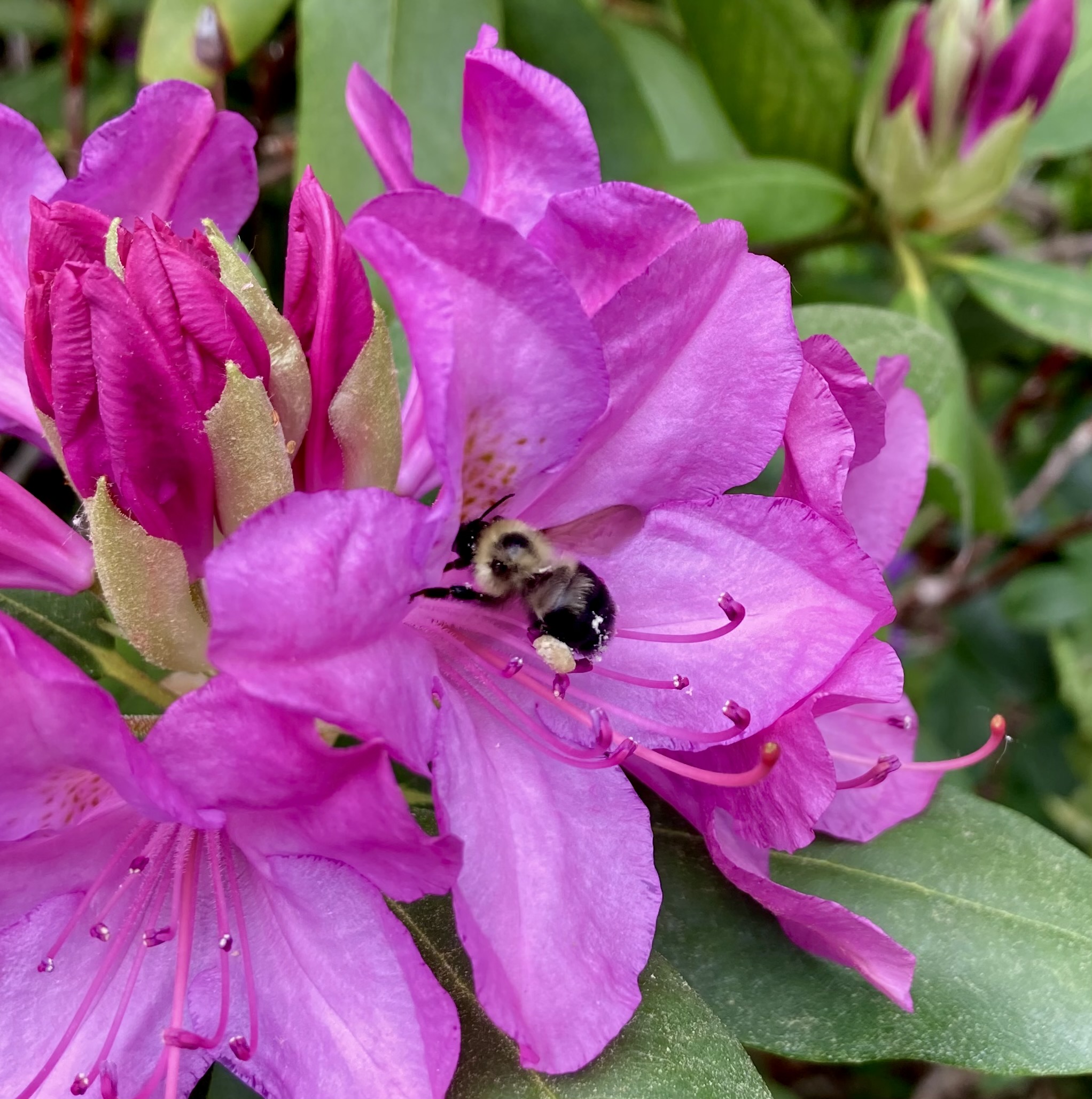